Why the Book was Written 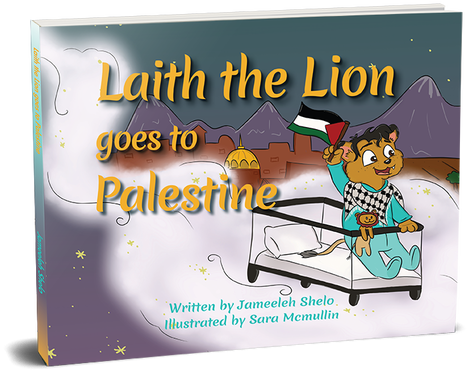 Once upon a time there was a tiny baby named Laith who really hated to sleep, and enjoyed crying instead. In fact, his VERY cool parents often joked that he had FOMO (“fear of missing out” for the non-millennials) and wanted to see EVERYTHING. Normally the parents would applaud Laith’s curiosity and thirst for knowledge. However, Laith was a baby and since he wasn’t quite mobile yet, this particular personality trait was exhausting to his parents. They tried everything to get him to sleep - rocking, singing, bribery (does baby want a Tesla? No. Ok.). Nothing worked. Finally they tried reading books. The books worked! Laith loved the books. The parents loved Laith. Everyone was happy.

Except one thing - there seemed to be an abundance of books about balls and moons and trucks. There were books with kids named Johnny and Susie and Tommy and Bob. There were books about wolves and wild things, books explaining rocket science to babies and mischievous cats in hats. There were princes and princesses galore and they fought dragons and witches. Mermaids swam and fish forgot, Disney made billions and Mr. Seuss got his medical degree… but there were no books about Palestine. ​

Laith’s mom realized that her son would eventually be able to tell the difference between a red and blue ball (not that this isn’t a handy skill) but his identity is something he might struggle with. Laith’s mom wanted his first images of Palestine to be positive. She wanted him to see himself in a story and appreciate his culture.
​
Luckily Laith’s mom decided to write a children’s book. Children’s books need pictures. Since Laith’s mom has trouble drawing even simple stick figures, she asked her talented friend Sara to illustrate the book. After several discussions revolving around spirit animals and aspect ratio, Laith the Lion Goes to Palestine was born.

Laith the Lion Goes to Palestine is inspired by real images of Palestine and infuses a whimsical tale with real location, culture and feeling. The characters and story are inspired by real people and events. It’s a book for anyone who wants to give their child a heartwarming glimpse into a land so often misunderstood.

Laith’s mom wants all the little lions out there to know that they are the authors of their own story and hopes this book inspires them to soar.